We are delighted to be supporting the incredible Animals and Friends at Newcastle’s  O2 Academy. The Animals are real North East music legends who’s classic single House Of The Rising Sun was number 1 in both the UK and the US charts. Featuring original drummer John Steel and long serving keyboard player Mickey Gallagher (also ex-Blockheads) this will be a fantastic evening of British RnB and massive ’60’s hits including Don’t Let Me Be Misunderstood, We’ve Gotta Get Out Of This Place, I’m Crying and Bring It On Home To Me. Tickets are available now so contact The Baldy Holly Band to be there to see this all time great British band play their farewell Newcastle show. 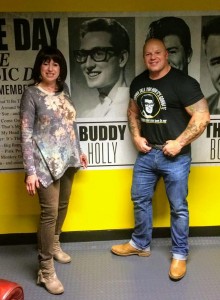 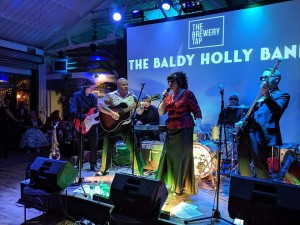 It was our great pleasure to welcome to the UK Sherry Holley, Buddy Holly’s niece and we were thrilled and delighted to perform and record with her. Sherry flew in all the way from Lubbock, Texas and gave Buddy Holly fans from all over the country a rare treat with her only UK show, performing her uncle’s classic songs and sharing family memories. An honour for the Baldy Holly band to share the stage and studio with such a lovely and talented lady devoted to bringing Buddy’s music to his fans. 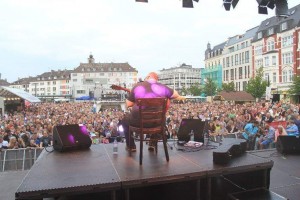 We are delighted to announce that we will be performing in Germany at the Solingen Sommerparty Festival on 10th August. Rockin’ All Over The World! 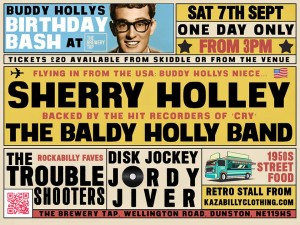 The Baldy Holly Band are over the moon to announce that we will be performing a special Birthday show for Buddy Holly, on the day of his birthday (Sept 7th) backing his very talented niece, Sherry who will be flying in direct from Lubbock, Texas. We will be joined by the awesome Troubleshooters and Jordy Jiver on Decks. This is a very unique event. Not to be missed. 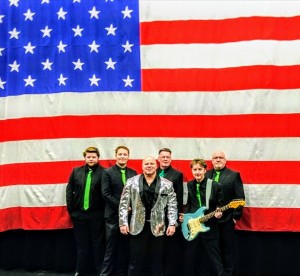 Just back from our tour of America where we were lucky enough to play some amazing venues, meet some wonderful people and play with some incredible musicians. Here’s a few pics to enjoy. 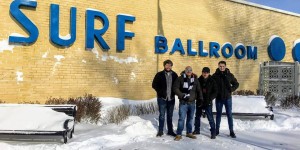 Arriving in the USA at the legendary Surf Ballroom, Clear Lake , Iowa where Buddy Holly played his final show. 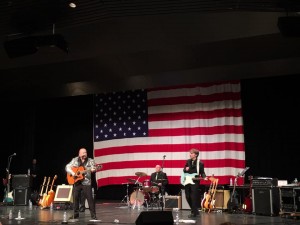 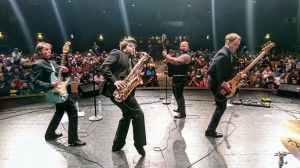 Performing at the E.B. Stillman auditorium in Clear Lake to an incredible audience. Those guys went wild!!!

Appearing on radio KRIB-AM in Mason City where we did a live session and interview at the original station of the 1959 Winter Dance Party. 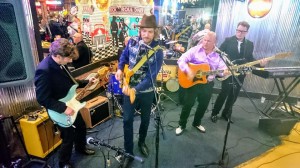 After his show at the Surf Ballroom US recording artist Austin Allsup, son of guitar legend Tommy Allsup came along to play some rock & roll with the band. 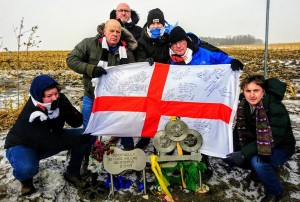 Paying our respects to Buddy Holly, the Big Bopper, Ritchie Valens and pilot Roger Peterson who lost their lives 60 years ago in one of rock and roll’s most terrible tragedies. The British fans will always keep their memory and music alive. 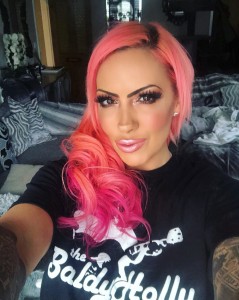 It was our great pleasure recently to play for model and media personality Jodie Marsh at her birthday party. Here’s a cracking pic of Jodie modelling the Baldy Holly Band t-shirt. It never looked better!!! 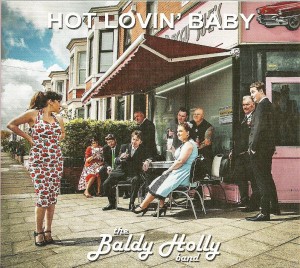 The Baldy Holly Band are proud to announce the release of their new 16 track studio album ‘Hot Lovin’ Baby‘.

The album is available to order from the website shop.

Put the disc in the player, turn up the volume and enjoy.